Add description, images, menus and links to your mega menu

A column with no settings can be used as a spacer

Link to your collections, sales and even external links

Add up to five columns What makes us different? Bread is a substantial meal for all times of the day so we’ve created a list of our top suggestions for breakfast bread recipes. One of the most popular breakfasts throughout the world is a simple slice of toast; affordable, versatile and quick to prepare. Bread can be a healthy option when using homemade bread recipes to create a rye or sourdough loaf filled with nutrients and fiber. To add a little more variety to your mornings we have searched for a collection of adventurous bread from around the world.

Any loaf of bread can be transformed into the famous ‘French Toast’, a dish of sliced bread (generally stale) soaked in an egg mixture then pan fried. To enhance the flavours of french toast, the bread is often dipped in a combination of sugar, milk, vanilla or cinnamon. The result is sweet rich toasted slices perfect for serving as an indulgent breakfast alongside fresh fruits. Many countries have their own variation of French toast as a breakfast bread recipe, including Russian ‘Grenki’, British ‘Eggy Bread’ and Indian ‘Bombay Toast’, with the dish believed to have originated in the Roman Empire. The Greek version named ‘Avgofétes’ is served as bread at breakfast with sugar and hazelnut spread, additional flavourings include cardamom, maple syrup and fruit syrup. 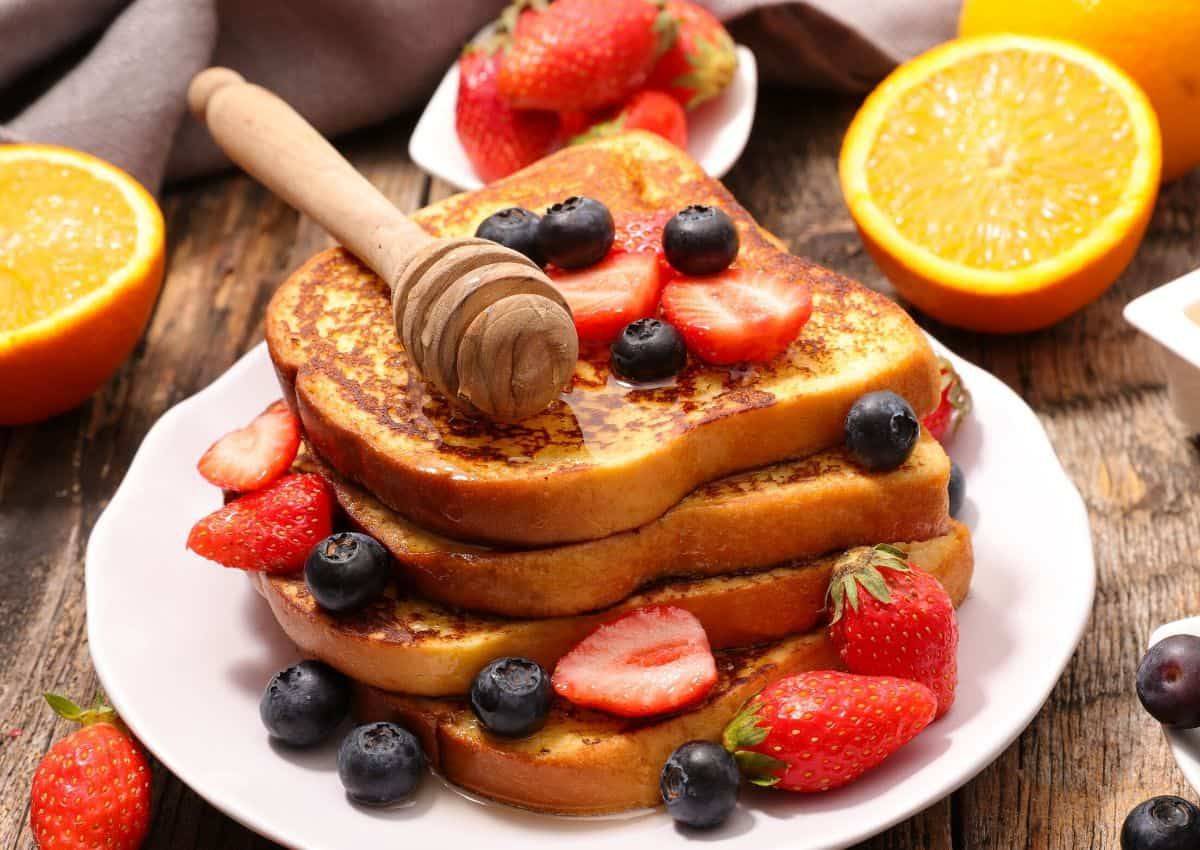 French Toast is the ideal recipe for using up leftover loaves such as homemade bread which has been prepared in a banneton basket and shouldn’t go to waste. 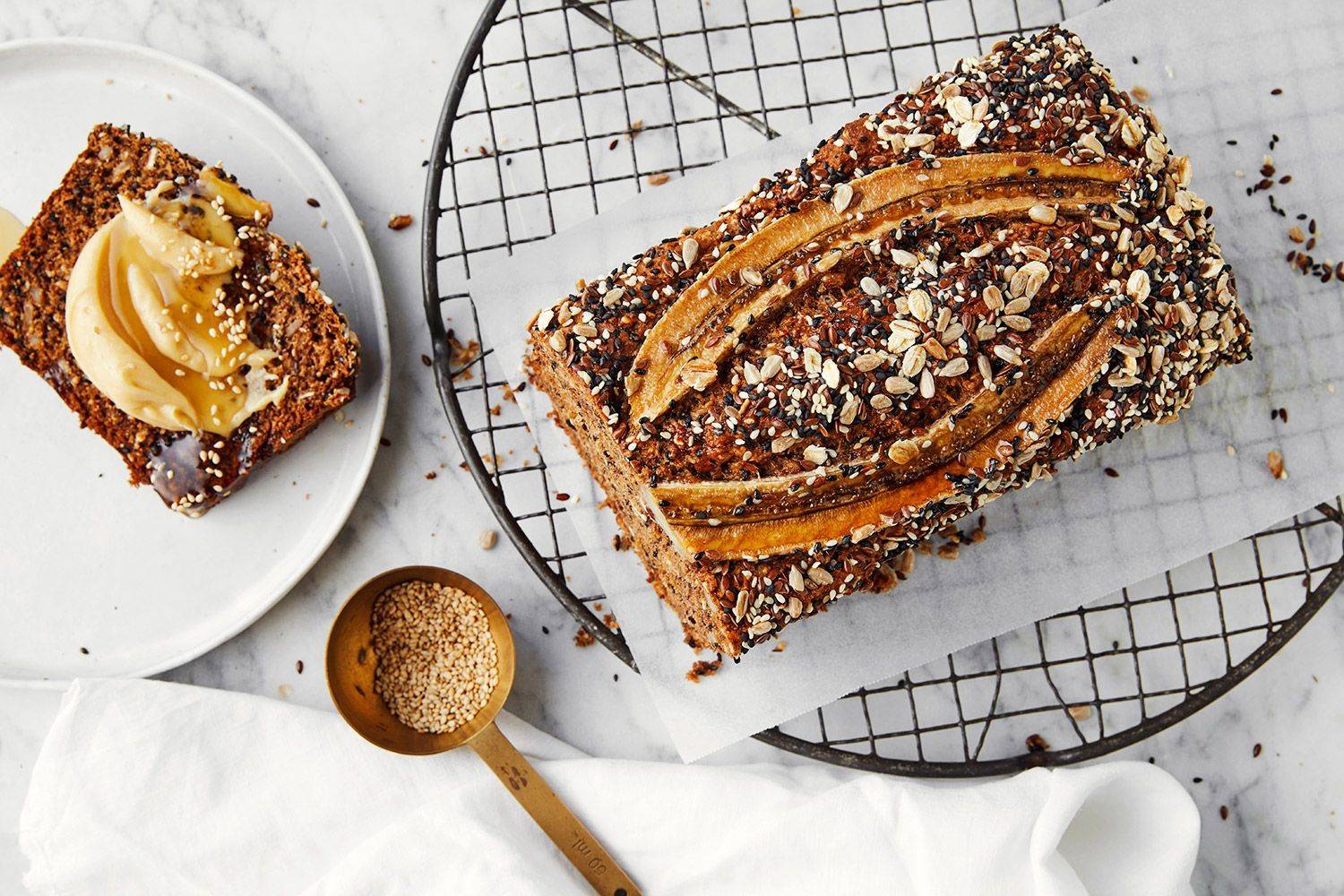 >> Use 10 Inch Oval MadeTerra Banneton For Keeping Your Bread's Shape

Fill a breakfast bread bowl with sweet treats, pastries and the ever-so popular banana loaf. Fruit is always a sensible way to begin the day, the banana loaf incorporates both the benefits of a filling slice of bread at breakfast and the nutrition of a banana. The perfect way to use up overripe bananas and give them new life in a naturally sweet loaf. Once baked the banana loaf can be stored for up to 5 days, then sliced and toasted for a quick sweet breakfast. Serve the banana loaf with butter or mix up the fillings with coconut, chocolate, dates or cinnamon. 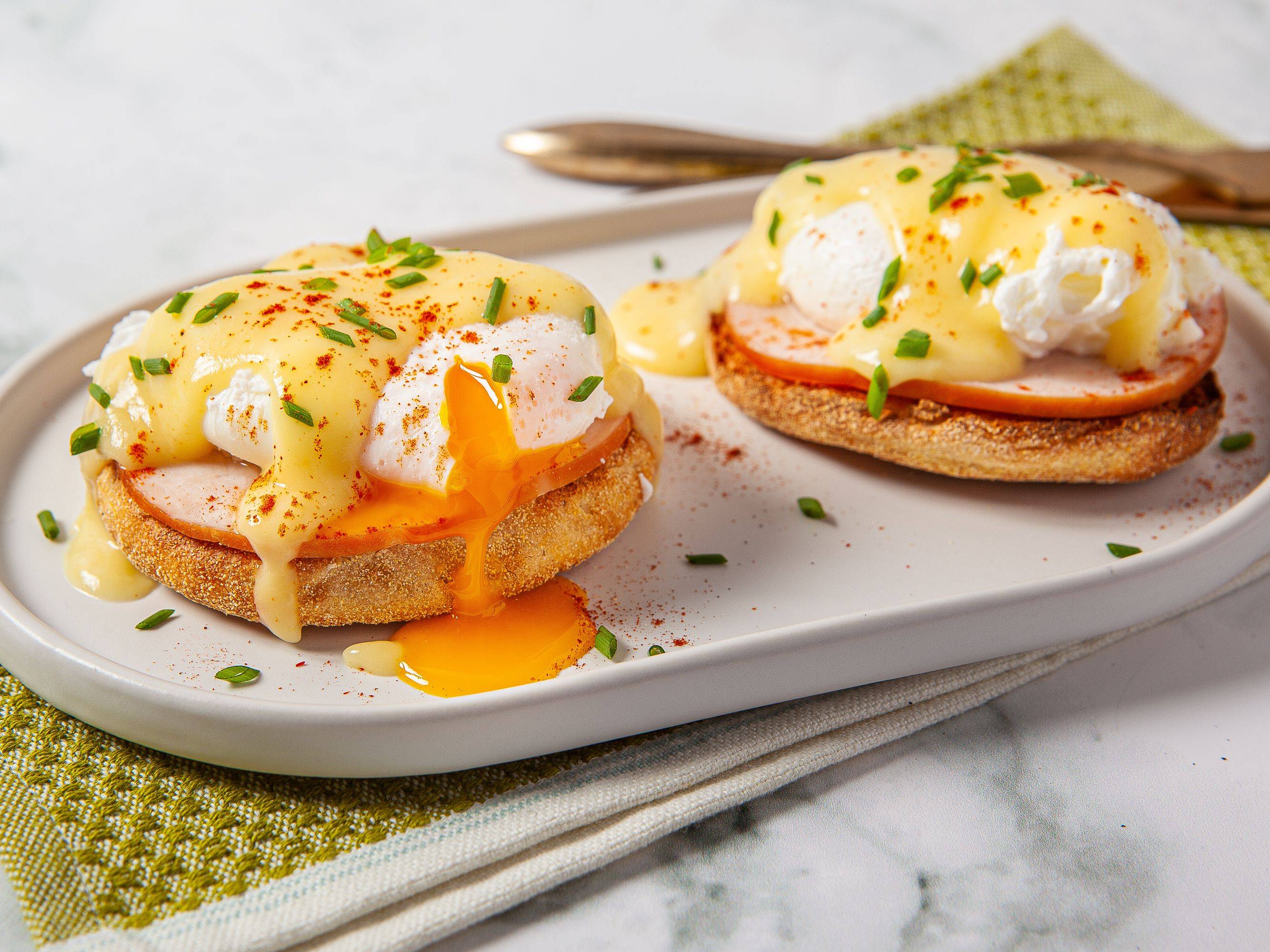 The impressive dish of eggs benedict is rising in popularity thanks to the increasingly fashionable brunch. Invented in New York the dish was typically served at luxurious hotels or for special occasions and can now be found on most breakfast menus. Classically the poached eggs sit atop a base of toasted muffins, when at home instead try serving over artisan sourdough bread prepared in a banneton basket as a homemade breakfast bread recipe. Eggs benedict includes sliced ham while the alternative varieties include eggs Florentine, with spinach, or eggs royale, with salmon, all generously topped with a rich hollandaise sauce.

The Italian tray-baked focaccia is one of the simplest breads to prepare, the loaf is classically served flavoured with salt and extra-virgin olive oil. To create a more adventurous breakfast meal include various flavours such as olives, cherry tomatoes, pancetta, rosemary, dried fruits or filled with breakfast toppings of eggs, bacon and mushroom. 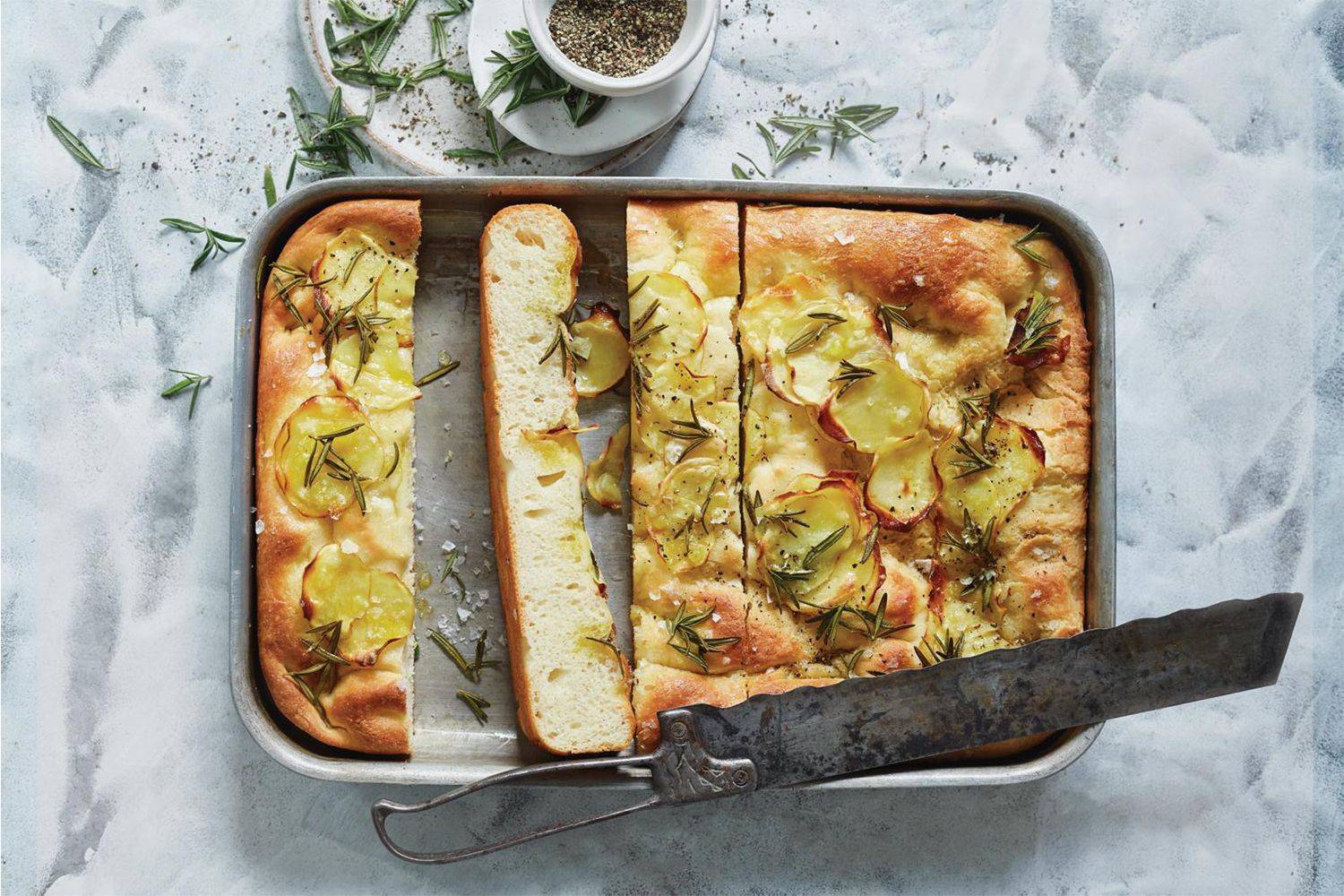 As a healthier alternative to breakfast pastries focaccia is a satisfying meal to begin the day leaving you fuller for longer without the processed ingredients. Make this bread at breakfast a new addition to complete your morning meal and for the ultimate Italian experience, combine focaccia and cappuccino in the morning, with the bread dipped inside the coffee for added sweetness. 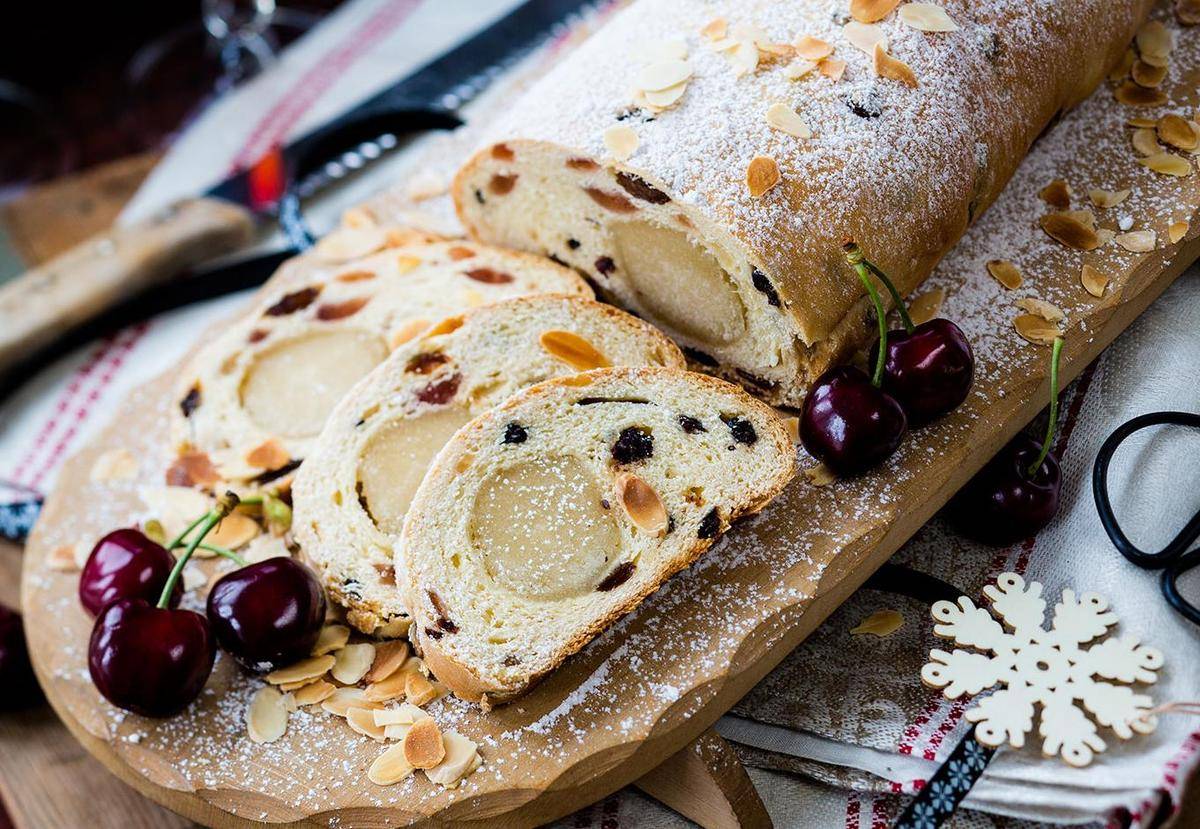 >> A Perfect Stollen When Using Banneton

A fruit bread filled with nuts, candied fruits, spices and sugar for a sweet way to start the day. Originating in Germany stollen is most popular over the festive period and can be prepared in a banneton basket to provide a stylised appearance to the loaf. A dense and tight loaf which benefits from the natural sweetness of fruits to brighten the morning. 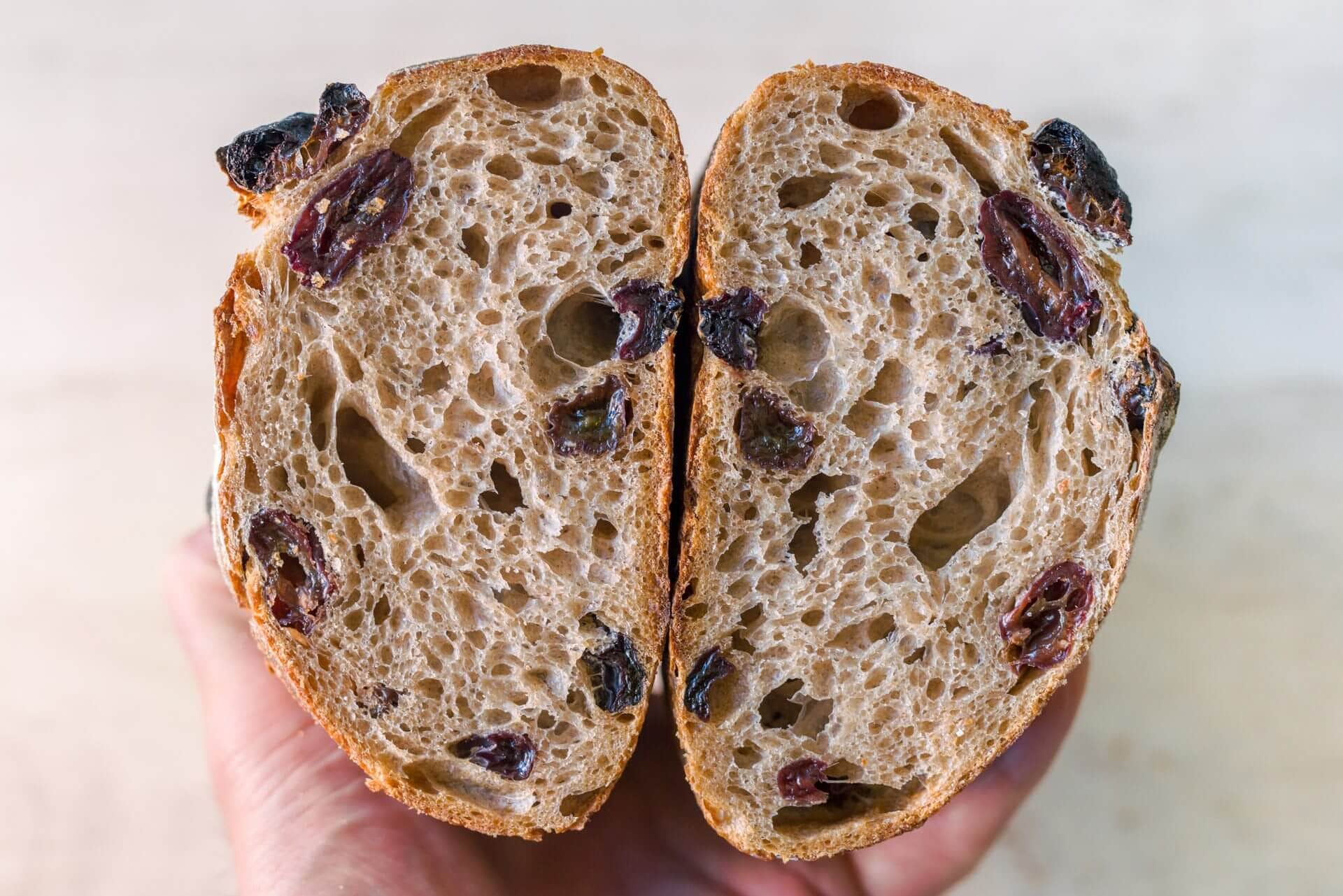 >> See Made Terra 8 Inch Round Cotton Banneton For Baking

Inspired by the combination of cinnamon and raisins this loaf brings the flavors together complimented by a tanginess of sourdough. Prepared in a proofing basket to form an impressive sourdough loaf the interior is swirled with cinnamon and scattered with raisins to create the perfect breakfast loaf. The loaf can be taken to the next level with the addition of peanut butter or transformed into French toast for the ultimate combo of breakfast bread.

More from Made Terra blog

>> Improve Your Baking With A Cotton Banneton Proofing Basket

Our Items For Home Barker

Comments will be approved before showing up.

Sign up to get the latest on sales, new releases and Blog posts.